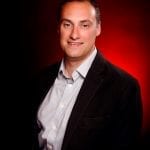 Mark has worked in education since 2006 and is a National Leader of Governance (NLG) and is an experienced chair, trainer and consultant. He has worked with a vast number and variety of schools and trusts and has successfully chaired several Interim Executive Boards (IEBs) taking schools out of ‘Special Measures’. He has experience of working with a number of Local Authorities and Multi-Academy Trusts.
As a Governor, he believes in making School Improvement the focus of Governor activity and setting high expectations for the other Governors and Trustees through example and discussion. He has a strong belief in a child centred approach.
He currently works as a governor trainer and consultant for the National Governance Association (NGA). He also conducts External Reviews of Governance for maintained schools, academies and MATs. In addition, he delivers a number of governor training courses in Sheffield for a teaching school alliance and the local schools’ company.
His previous work included facilitating and evaluating Creative Partnerships projects in schools under the previous Labour government’s flagship creativity and culture programme for education.

I am married to Rob and we have two daughters, Ellie and Abbie. Abbie attended Talbot Specialist School and now goes to Sheffield College.
I have a great passion for education! Following a four year course at North Riding College, Scarborough, I gained a BA(Hons) with Qualified Teaching Status. I have been a Primary Teacher ever since!
I was so impressed with Talbot Specialist School when Abbie started here in 2013, I soon felt I wanted to be part of this brilliant setting and play a more active role, so I applied to become a Parent Governor in 2014. I still feel very new to the role and have lots to learn but I am enjoying every minute of it!
Outside of education my interests include – family days out, reading, music, films, Sheffield United FC, socialising with friends, shopping and dabbling with interior design.

I worked as a Clinical Scientist in both the NHS and at Sheffield University up to my retirement in 2011. I continue as an Emeritus Professor of Molecular Medicine with ongoing part time research interests. During my career I have gained considerable experience in higher education.
I have also held senior management positions within Sheffield Medical School and University as department deputy head and University director of medical research. I have considerable experience of committee work and practice which I believe I could bring to a governing body.
During my career I have I believe developed people skills which have allowed me to interact effectively at many levels including senior academics and recent school leavers. I have also been a committee member and chaired committees and councils of national and international groups and societies.

My name is Matthew. I am married to Amanda and have a son called Bradley who started year 7 at Talbot in September and a daughter Molly who is in year 5 at Bankwood Primary School.
I have been a governor for 4 years at Mossbrook Special School and for the last 18 months I have been chair of governors. I applied to be a governor at Talbot in September and joined as a parent governor in October this year. I’m really passionate about special needs education and looking forward to working with the school using my previous experience.

I became a governor of Talbot in November 2017. Although I had worked in education in the secondary and tertiary sectors for over 20 years, this was to be my first involvement with special education.
After working in education, I established a company that has now grown to be a medium sized funeral provider in Sheffield. I still oversee the management of the company where I continue to work part-time.
I currently chair a fundholdng trust and was chair of the trustees of the Natural Death Centre charity for three years.
I strongly believe in supporting people, of all ages, to meet their full potential and I am pleased to be part of the team at Talbot.